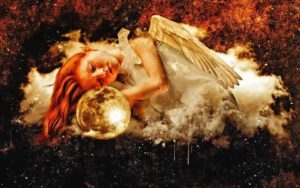 In ancient times, philosophers assumed that everywhere and everywhere there is a certain “water” of which everything consists, and in which we live and which we cannot feel. Rene Descartes (1596-1650) was the first to speak about the Aether as a scientific phenomenon. Later, scientists who studied the light, convinced that it is a kind of wave.

But after all, the wave must propagate in something, we need some kind of environment in which light microparticles can “float” – photons. In the XIX century, the scientific world with each new experience, in which this unknown environment manifested itself, was increasingly asserted that this invisible, intangible, imperceptible, unimaginable, all-pervasive something, super-subtle matter really exists. Why, then, do the powerful of this world try hard to hide this phenomenon from humanity? To answer this question, it is necessary to understand what Aether is and what knowledge about it can give to the world.

Dmitri Ivanovich Mendeleev started the subject of Aether from the side of chemistry. In his work “The Attempt of Chemical Understanding of the World Aether ”, the great Russian chemist describes the course of his thoughts on creating the chemical elements of Aether particles.

The scientist writes in his work that “Aether is the lightest — in this respect the ultimate — gas that has a high degree of permeability”, “its particles have a relatively small weight and have a higher translational velocity than for any other gases” . Therefore, the scientist singled out the Aether in a separate – zero – column in his table of chemical elements (later, after the death of Dmitry Ivanovich, this table was cut off just in this place).

So, Dmitry Ivanovich developed within his hypothesis two chemical elements, by which he meant such a phenomenon as an Aether substance. The first option – “crown” (or “Y”) – he placed in the first row of the zero group. The second option – “newtony” (or “X”) – the chemist brought out completely separately and put in the zero row and zero group.

“THE TASK OF THE TORTURE AND THE TASKS OF ALL ENERGY SHOULD NOT BE SUBMITTED TO THE REALLY SOLVED WITHOUT A REAL UNDERSTANDING OF AIR, as the world medium transmitting energy at distances,” concludes the great Russian scientist.

And at this point we move on to the next great scholar of Slavic origin, who spent many years of his life experimenting with Aether, to Nikola Tesla.

The subject of the Aether fascinated the young Serbian tester in his youth. Driven by a dream to provide humanity with free and endless energy, to stop world and local wars for resources, to give people the keys to earthly paradise, Tesla worked on the technology of wireless transmission of electricity over long distances. And this is in addition to the huge number of developments in other areas.When you start to study the range of his works, you just can not believe that all these developments were created by one person, and even at the end of the XIX – beginning of the XX centuries. Inventions just flowed in a continuous stream from his mysterious consciousness (and subconsciousness). How these developments came to his mind is a separate story.

Let’s go back to the airwaves. Mark Twain called Nikola Tesla the “lord of lightning,” namely, those who tamed electricity and made tricks unimaginable even to our contemporaries with this element. These amazing things were possible thanks to the knowledge of the theory of the Aether. It was the Aether that became the password under which the great scientist entered the console of the program called “world electricity” and learned how to get energy practically from the air. His colleagues neither now nor now could, and cannot, repeat Tesla’s many experiments. And all because they did not use and do not use a special password. The fight against this access code began at the beginning of the 20th century and went on at various levels. Tesla became one of the first scientists who experienced this powerful scientific, financial, informational opposition to themselves.

Let’s call at least a few areas of development of the great “electrician” of all times and peoples. Ideas that could and managed to change beyond recognition, turn the way of life of humanity:

Tesla suggested that the Aether is a super-light gas consisting of ultra-small particles that move at a breakneck speed in the ubiquitous corpuscular radiation — the “main sun rays.” These rays penetrate the particles of Aether and interact with the electron forces and mass.Tesla led the development of the effects on the Aether, experimenting with the electromagnetic field and electricity.

In 1901, bankers James S. Worden and John Pierpont Morgan (from the Morgan clan, who along with other American surnames formed the backbone of the world government or the Committee of the Three Hundreds) began to finance Tesla – more about this can be found in the book “Committee 300” by John Coleman) . The project was named “Wardencliffe”.

With the money allocated by the rich, the “lightning-lord” had to develop a technology for the wireless transmission of telegraphic messages across the Atlantic Ocean (this would have given Morgan the advantage to more quickly obtain financial information from the Old World). Tesla designed the high construction, which was supposed to function as a wireless telecommunications tower. In general, the magnates had their own idea of ​​what Tesla would do for their money.

But the scientist did not dwell on the project, which was beneficial to bankers, and let all the available opportunities to work on wireless transmission of electricity over long distances, to make electricity available to every inhabitant of the Earth. With the help of his miracle tower, Tesla could thus electrolyze spaces for several tens of kilometers around, that the night air in several American cities shone like during the day, and citizens could even read newspapers on the street. Also, witnesses said that everything around, including people, was covered with glowing halos.

When Morgan demanded from Nikola Tesla the results of the work and realized that his money went the wrong way, funding for all the studies of the Serbian scientist was frozen. A colleague banker refused to conduct any common projects with Tesla.

Thus, the world government saw through the plans of the “inspired prophet of electricity” (as Rutherford put it) and did everything so that Nikola Tesla could not continue his tests in the field of broadcasting technologies.

In 1914, the scientist was unable to interest the US government submarine and electrical technologies. In an unpublished scientific article Tesla writes:

“We must immediately support the development of FLYING CARS AND WIRELESS INSTANT ENERGY TRANSFER of all the power and resources of the nation.”

There is a noticeable technical connection between these two developments – flying machines (not airplanes) and wireless power transmission. The Morgans and the Rockefellers declared piles of patents outside the scope of lending, and the great scientist did not receive a well-deserved income from his unique inventions. It is important to note that at that time, in fact, no one could even take a bank loan in order to give a scientist money for the implementation of his projects. Later, the researcher was not able to interest investors with his technology for wireless transmission of energy.