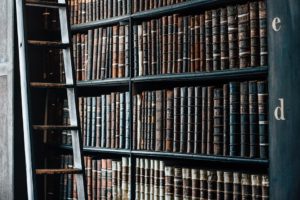 Phenomenon wherein the bosons, a particle whose spin is zero or an integral number, making up a substance – a boson gas-merge into the lowest energy level, into a shared quantum state. More generally it refers to tendency of bosoms to occupy the same state. The crucial distinguishing feature of the concensates is that the many parts that go to make up an ordered system not only behave as a whole, but they become whole and the particles lose their individuality.

Experiments which showed that inertia mass and gravitational mass are identical to 1 part in 1.E+05 for all substances tested.

A material which would intercept gravitational fields, creating a field-free region. AC gravitational fields can be shielded against by a mass with an infinitely strong acoustic resonance at the field frequency. To shield against DC gravity fields would require mass dipoles or NEGATIVE MASS.

The complete expulsion of a magnetic field from a superconductor, that is, a perfect state of diamagnetism, resulting in the repulsion of the two bodies, with respect to each other.

A material with a negative gravitational mass which could be used to repel ordinary matter. There is strong evidence that antimatter does not have negative mass. A dipole pair consisting one end of negative mass and the other end positive mass, would act as a space drive and accelerate through space.

A mechanism, or principle, by which a vehicle can be propelled in free space; that is, a device, not a rocket, but something acting on the level of force fields, that does not have to carry reaction mass to throw away via Newton’s law of reaction to create thrust.