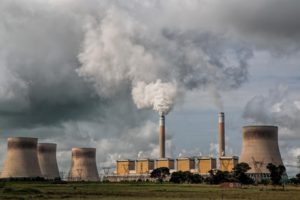 Ninety to a hundred years ago, everybody “knew” that a heavier-than-air machine could not possibly fly. It would violate the “laws” of physics. All of the “experts” and “authorities” said so.

For example, Simon Newcomb declared in 1901: “The demonstration that no possible combination of known substances, known forms of machinery and known forms of force, can be united in a practical machine by which man shall fly long distances through the air, seems to the writer as complete as it is possible for the demonstration of any physical fact to be.”

Fortunately, a few SMART people such as the Wright Brothers did NOT accept such pronouncements as the final word. Now we take airplanes for granted, (except when they crash).

Today, orthodox physicists and other “scientists” are saying similar things against several kinds of ‘Free Energy’ Technologies, using negative terms such as “pseudo-science” and “perpetual motion”, and citing so-called “laws” which assert that “energy cannot be created or destroyed” (“1st law of thermodynamics”) and “there is always a decrease in useful energy” (“2nd law of thermodynamics”). The physicists do not know how to do certain things, so they ARROGANTLY declare that those things cannot be done. Such PRINCIPLES OF IMPOTENCE are COMMON in orthodox modern “science” and help to cover up INCONSISTENCIES and CONTRADICTIONS in orthodox modern theories.

Free Energy Inventions are devices which can tap a seemingly UNLIMITED supply of energy from the universe, with- OUT burning any kind of fuel, making them the PERFECT SOLUTION to the world-wide energy crisis and its associated pollution, degradation, and depletion of the environment.

Most Free Energy Devices probably do not create energy, but rather tap into EXISTING natural energy sources by various forms of induction. UNLIKE solar or wind devices, they need little or no energy storage capacity, because they can tap as much energy as needed WHEN needed. Solar energy has the DIS-advantage that the sun is often blocked by clouds, trees, buildings, or the earth itself, or is reduced by haze or smog or by thick atmosphere at low altitudes and high latitudes. Likewise, wind speed is WIDELY VARIABLE and often non-existent. Neither solar nor wind power are suitable to directly power cars and airplanes. Properly designed Free Energy Devices do NOT have such limitations.

For example, at least three U.S. patents (#3,811,058, #3,879,622, and #4,151,431) have so far been awarded for motors that run EXCLUSIVELY on permanent MAGNETS, seemingly tapping into energy circulating through the earth’s magnetic field. The first two require a feedback network in order to be self-running. The third one, (as described in detail in “Science & Mechanics” magazine, Spring 1980), requires critical sizes, shapes, orientations, and spacings of magnets, but NO feedback. Such a motor could drive an electric generator or reversible heatpump in one’s home, YEAR ROUND, FOR FREE. [Complete descriptive copies of U.S. patents are $3.00 each from the U.S. Patent Office, 2021 Jefferson Davis Hwy., Arlington, VA 22202; correct 7-digit patent number required. Or try getting copies via your local public or university library’s inter-library loan dept..]

A second type of free-energy device, such as the ‘Gray Motor’ (U.S. Patent #3,890,548), the ‘Tesla Coil’, and the unpatented motor of inventor Joseph Newman, taps ELECTRO- MAGNETIC energy by INDUCTION from ‘EARTH RESONANCE’ (about 12 cycles per second plus harmonics). They typically have a ‘SPARK GAP’ in the circuit which serves to SYNCHRONIZE the energy in the coils with the energy being tapped. It is important that the total ‘inductance’ and ‘capacitance’ of the Device combine to ‘RESONATE’ at the same frequency as ‘EARTH RESONANCE’ in order to maximize the power output. This output can also be increased by centering the SPARK GAP at the ‘NEUTRAL CENTER’ of a strong U-shaped permanent magnet. In the case of a Tesla Coil, slipping a ‘TOROID CHOKE COIL’ around the secondary coil will enhance output power. [“Earth Energy: Fuelless Propulsion & Power Systems”, by John Bigelow, 1976, Health Research, P.O. Box 70, Mokelumne Hill, CA 95245.]

During the 1930’s, an Austrian civil engineer named Viktor Schauberger invented and partially developed an ‘IMPLOSION TURBINE’ (German name, ‘ZOKWENDLE’), after analyzing erosion, and lack of erosion, in differently shaped waterways, and developing sophisticated mathematical equations to explain it. As described in the book “A Breakthrough to New Free-Energy Sources”, by Dan A. Davidson, 1977, water is pumped by an IMPELLER pump through a LOGARITHMIC-SPIRAL-shaped coil of tubing until it reaches a CRITICAL VELOCITY. The water then IMPLODES, no longer touching the inside walls of the tubing, and drives the pump, which then converts the pump’s motor into an ELECTRIC GENERATOR. The device seems to be tapping energy from that of the earth’s rotation, via the ‘Coriolis effect’, LIKE A TORNADO.

A fourth type of Free Energy Device is the ‘McClintock Air Motor’ (U.S. Patent #2,982,261), which is a cross between a diesel engine (it has three cylinders with a compression ratio of 27 to 1) and a rotary engine (with solar and planetary gears). It burns NO FUEL, but becomes self-running by driving its own air compressor. This engine also generates a lot of heat, which could be used to heat buildings; and its very HIGH TORQUE makes it ideal for large trucks, preventing their slowing down when climbing hills. [David McClintock is also the REAL original Inventor of the automatic transmission, differential, and 4-wheel drive.]

Crystals may someday be used to supply energy, as shown in the Star Trek shows, perhaps by inserting each one between metal capacitor plates and bombarding it with a beam of particles from a small radioactive source like that used in a common household smoke detector.

One other energy source should be mentioned here, despite the fact that it does not fit the definition of Free Energy. A Bulgarian-born American Physicist named Joseph Maglich has invented and partially developed an atomic FUSION reactor which he calls ‘Migma’, which uses NON-radioactive deuterium as a fuel [available in nearly UNLIMITED quantities from sea water], does NOT produce radioactive waste, can be converted DIRECTLY into electricity (with-OUT energy-wasting steam turbines), and can be constructed small enough to power a house or large enough to power a city. And UNLIKE the “Tokamaks” and laser fusion MONSTROSITIES that we read about, Migma WORKS, already producing at least three watts of power for every watt put in. [“New Times” (U.S. version), 6-26-78, pages 32-40.]

And then there are the ‘cold fusion’ experiments that have been in the news lately, originally conducted by University of Utah researchers B. Stanley Pons and Martin Fleischmann. Some U.S. Navy researchers at the China Lake Naval Weapons Center in California, under the direction of chemist Melvin Miles, finally took the trouble to collect the bubbles coming from such an apparatus, had them analyzed with mass-spectrometry techniques, and found HELIUM 4, which PROVES that atomic FUSION did indeed take place, and enough of it to explain the excess heat generated.

There are GOOD INDICATIONS that the two so-called “laws” of thermodynamics are NOT so “absolute”. For example, the late Physicist Dewey B. Larson developed a comprehensive GENERAL UNIFIED Theory of the physical universe, which he calls the ‘Reciprocal System’, (which he describes in detail in several books such as “Nothing But Motion” (1979) and “The Universe of Motion” (1984)), in which the physical universe has TWO DISTINCT HALVES, the material half and an anti-matter half, with a CONTINUOUS CYCLE of matter and energy passing between them, with-OUT the “heat death” predicted by thermodynamic “laws”. His Theory explains the universe MUCH BETTER than modern orthodox theories, including phenomena that orthodox physicists and astronomers are still scratching their heads about, and is SELF-CONSISTENT in every way. Some Free Energy Devices might be tapping into that energy flow, seemingly converting “low-quality energy” into “high-quality energy”.

Also, certain religious organizations such as ‘Sant Mat’ and ‘Eckankar’ teach their Members that the physical universe is only the LOWEST of at least a DOZEN major levels of existence, like parallel universes, or analogous to TV channels, as described in books like “The Path of the Masters”, by Julian Johnson, 1939, and “Eckankar: The Key to Secret Worlds”, by Sri Paul Twitchell, 1969. For example, the next level up from the physical universe is commonly called the ‘Astral Plane’. Long-time Members of these groups have learned to ‘Soul Travel’ into these higher worlds and report on conditions there. It seems plausible that energy could flow down from these higher levels into the physical universe, or be created at the boundary between them, given the right configuration of matter to channel it. This is supported by many successful laboratory-controlled experiments in PSYCHO-KINESIS throughout the world, such as those described in the book “Psychic Discoveries Behind the Iron Curtain”.

In terms of economics, the market has FAILED. Inventors do not have enough money and other resources to fully develop and mass-produce Free Energy Equipment, and the conventional energy producer$ have no desire to do so because of their VE$TED INTERE$T$. The government is needed to intervene. If the government does not intervene, then the total supply of energy resources from the earth will continue to decline and will soon run out, prices for energy will increase, and pollution and its harmful effects (including the ‘GREENHOUSE EFFECT’, acid rain, smog, radioactive contamination, oil spills, rape of the land by strip mining, etc.) will continue to increase.

The government should SUBSIDIZE research and development of Free Energy by Inventors and universities, subsidize private production (until the producers can make it on their own), and subsidize consumption by low-income consumers of Free Energy Hardware.

The long-range effects of such government intervention would be wide-spread and profound. The quantity of energy demanded from conventional energy producer$ (coal mining companie$, oil companie$ and countries, electric utilitie$, etc.) would drop to near zero, forcing their employees to seek work elsewhere. Energy resources (coal, uranium, oil, and gas) would be left in the ground. Prices for conventional energy supplies would also drop to near zero, while the price of Free Energy Equipment would start out high but drop as supply increases (as happened with VCR’s, personal computers, etc.). Costs of producing products that require large quantities of energy to produce would decrease, along with their prices to consumers. Consumers would be able to realize the “opportunity costs” of paying electric utility bills or buying home heating fuel. Tourism would benefit and increase because travelers would not have to spend their money for gasoline for their cars. Government tax revenue from gasoline and other fuels would have to be obtained in some other way. And energy could no longer be used as a MOTIVE OR EXCUSE FOR MAKING WAR.

Many conventional energy producer would go out of business, but society as a whole, and the earth’s environment and ecosystems, would benefit greatly. It is the People, that government should serve, rather than the big corporation$ and bank$.

UN-altered REPRODUCTION and DISSEMINATION of this IMPORTANT Information is ENCOURAGED.

DONATE TO HELP ME

The “Aether” laboratory of honest physics is a home laboratory that has been successfully researching gravity control, mind control, and telekinesis for many years. Currently, the principle of transmitting intellectual information from a carrier to a person using a special device is being developed. The principle of file transfer, as from a flash drive to a computer. Only instead of the USB port and wires, the device and the Aether stream are used. Applicability: quick memorization of foreign languages, Sciences, and any other information