PHENOMENA OF BIOLOGICAL ANTIGRAVITATION NATURAL   PHENOMENA OF BIOLOGICAL ANTIGRAVITATION ASSOCIATED WITH INVISIBILITY  IN INSECTS & GREBENNIKOV’S CAVITY STRUCTURAL EFFECT (“Flight” – V chapter from the book “MY WORLD” by Viktor S. Grebennikov ) In the spring of 2001, Viktor S. Grebennikov died.The eternal memory of this uncommon scientist – naturalist will remain in our
Read More

Unique antigravity effects with partial invisibility. The Natural Phenomena of AntiGravitation and Invisibility in Insectsdue to the Grebennikov Cavity Structure Effect (CSE) CHAPTER V. FLIGHT A quiet evening in the steppe. The sun’s red disk has already touched the faraway, misty horizon. It is too late to get back home-I’ve stayed too long here with my
Read More

FROM THE NOTEBOOK OF A NATURALIST Anti Gravity Platform of Grebennikov. Artificial honeycomb. this is the third part, read the beginning here, the second part here Take a dozen and a half papier-machet supermarket egg cases (30-egg variety), tie them up or glue them together (one on top of another) in such a way as
Read More 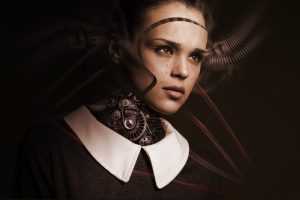