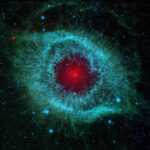 What is Aether? What is Aether… Space Aether – the basic physical matter of the Universe that fills all physical space, the environment of all physical phenomena. There is nothing in the Universe but Aether. Physical fields (electric, magnetic, and electromagnetic) are forms of Ether motion. All elementary particles of matter (electrons, protons, neutrons…) are made up of Ether,
Read More

What is Aether? Cosmic Aether is the basic physical matter of the Universe, filling all the physical space, the environment of all physical phenomena. In addition to Aether, there is nothing in the Universe. Physical fields (electric, magnetic, electromagnetic) are forms of motion of the Aether. All the elementary particles of matter (electrons, protons, neutrons
Read More

Why is lensing not “gravity etching”? According to relativistic mythology Gravitational lensing is a physical phenomenon associated with the deviation of optical radiation in a gravity field. Gravitational lenses explain the formation of multiple images of the same astronomical object (quasars, galaxies) when another galaxy or a cluster of galaxies (the actual lens) enters the
Read More