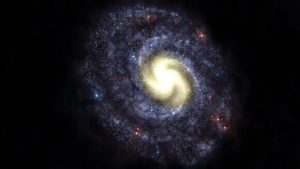 Tesla and Einstein By Miles Mathis

I will show in this paper that Tesla and Einstein were both right regarding the aether or ether. In the current state of the argument, Tesla and Einstein are seen to be on opposite ends of the question, in irreconcilable positions. The standard model interprets Einstein as being against all types of ethers, and they use the Michelson/Morley experiment to prove that. The alternative theorists, sometimes dubbed classicists, agree. They think that Einstein was against any and all possible ethers, since his theory has been sold as a mathematical abstraction.

But Einstein was only against the ether as a transmitter of light. Einstein did not believe that light required a medium for transmission, and he did not believe that light moved relative to the medium. Instead, light itself was the medium. The motion of light set the background. The speed of light was primary and the measurement of any other body was determined by that speed.

In fact, in 1920, at his inaugural lecture in Leyden titled “The Ether and the Relativity Theory,” Einstein said, “the ether concept has once more acquired a clear content. The ether in the general theory of relativity is a medium which itself is bereft of all mechanical and kinetic properties, but which has a share in determining mechanical and electromechanical occurrences.” Now, what does that mean? Well, notice that he uses the word “electromechanical”. He is telling us that the ether must now be considered a background for the E/M field; but that the ether is not a field itself.

Tesla was usually not too concerned with theoretical questions like this, but as far as the question interested him, he agreed with Einstein. Tesla was not a supporter of Maxwell’s ether. Tesla found Maxwell to be ham-handed in many ways, and said so. The ether that Tesla believed in was an ether created by the E/M field. In fact, Tesla’s ether has much in common with my foundational E/M field, a real bombarding field emitted by all quanta and all objects. He stated that this field diminished with the square of the distance from Earth (or any spherical object), and my foundational E/M field does this (minus time differentials). He stated that this field combined with the gravitational field, and was often more powerful than it. I have shown this in my Cavendish paper and many other papers.

Einstein was a theorist, not an experimenter like Tesla. He did not know of the foundational E/M field. Almost no one except Tesla has known of it, even among other specialists in electricity. The field I am talking about has concerned only quantum physicists up to now (since it is the field mediated by their ridiculous “messenger photons”). So Einstein could not be expected to have included this field in his theories of the macro-world. But he never denied the existence or importance of the electromagnetic field, and he would never have denied the possibility that other unknown fields existed, even ubiquitous and powerful fields. He would only have denied, based on his theory, that they would be considered the “background of space.” As he showed, space has no background except the motion of light.

He is correct about this, and it is one of two major reasons I refuse to call my foundational E/M field an ether. The other reason is also historical. Tesla called his field an ether, since it was ubiquitous and powerful. It allowed many things to happen, and caused many things to happen. It was fundamental, as fundamental as gravity, or moreso. While admitting all that, I refrain from referring to my foundational E/M field as an ether because it does not fit the even older and more famous definition of ether as the mediator and facilitator of all motion.  Tesla and Einstein

In fact, requiring a physical medium for all motion is a reductio ad absurdum. Say that we do define Tesla’s “ether” as the medium. Say that we do define my foundational E/M field as the medium against which the speed of light is calculated. We obviously run into an immediate problem, since my field or Tesla’s is made up of some kind of photon or other emission, fluid or particulate.

At that point, you are defining the motion of light against a background of invisible E/M photons. But that brings up many questions: 1) Which photon is more fundamental? The light photon or the photon that transmits the E/M field? 2) How can you measure one against the other? Aren’t they both going c? Or, if they are not going exactly c in all situations, won’t they both vary in the same way for the same reasons? 3) If the light photon is moving relative to the E/M or ether photon, what is the ether photon moving relative to? Don’t we require a sub-ether as a background to the ether photon? 4) It seems we need something that is not moving to be our medium, but Tesla’s ether field, like my foundational E/M field, is made up of moving particles.