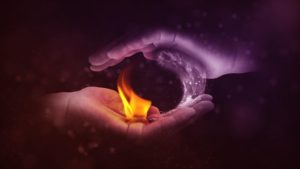 THE AETHER. We live in a harmonic universe, built upon a unified, unseen foundation of conscious, loving energy, known as “zero point energy” or “aether.”

Up until the 20th century, all Western scientific tradition proposed that such an energy force existed, going back to at least the time of the ancient Greek philosophers, and most likely to a far older civilization with advanced scientific knowledge.

The existence of this aether was supposedly proven to be false by the Michaelson-Morley experiment (M-M) at the beginning of the 20th century, and most scientists still believe that it is correct. There are a number of reasons for why the M-M experiment is flawed, and for our technically-inclined readers, many of the researchers that we will be mentioning have detailed explanations of how it was misinterpreted. We now know that an “aetheric” science is the only remaining model of the Universe that fits together with the evidence that is now available.

Current theories working with these aether concepts, including,

…and any number of “Unified Field Theories,” all agree that our physical reality arises from this hidden energy substance, which creates all that we know and see by vibrating.

And thus, like fishes in the sea, the pressure of this energetic “fluid” constantly surrounds us, though we do not normally notice its presence. In this wealth of new data, the aether fluid is a source of tremendous energy that is in constant vibrational motion, flowing through all objects in the Universe, creating and recreating them every second — just as a candle flame is constantly absorbing new wax and oxygen and radiating new heat and light, but still continues to exist as a measurable “unit.”

Should this aether ever stop flowing and swirling about with such an intelligent, purposeful behavior, all mass would shed heat, gradually “dissolve” and return to its primordial energy state; the “flame” would go out.

Indeed, this new “physics of the 21st century” tells us that the very building blocks of mass, the atoms and molecules themselves, are not particles at all. Instead, they are ultimately nothing more than spherical whirlpools of energy in this flowing river of aether.

And the aether itself provides the most tangible, scientific way to define, explain and even engineer the Mind of God.

It is important to remember that this new theory is not simply an abstract notion being entertained in the minds of amateur “crackpot” scientists working out of garage laboratories.

Or, to put it metaphorically, this “pot” is not cracked at all; it is just about ready to fill up to the brim and start spilling over into the mainstream public consciousness. The most significant forces that resist such a “disclosure” are arguably those connected to the fossil-fuel industry, as we will outline clear, irrefutable evidence that this technology can be harnessed for producing limitless “free energy” for all of humanity. Obviously a commercially priced anti-gravity system would render our entire fossil-fuel based world of cities, highways and transportation systems obsolete.

Furthermore, there is evidence to suggest that the wealthy elites are now aware that they/we will lose everything if we do not implement this technology; there is no point in maintaining financial control over an Earth that has been destroyed. Even the United Nations has come forward to state that our environment is on the brink of dire, irreversible catastrophe if we do not make immediate, painful changes.

This might be why visible cutting-edge physicists with government research backgrounds, such as Cambridge University’s Dr. Hal Puthoff, are beginning to acknowledge that a modern “aether” science is required to explain the many problems and paradoxes of science. Drop by drop, we’re being given the message by the mainstream media… and in this book we will hold nothing back, with full knowledge of the potential risks involved in doing so.

Consider this a “sneak preview.”

In order to lend proof to the idea that the “aether” really exists, Dr. Puthoff reminds us of experiments that were conducted before quantum mechanics theory ever existed, which were designed to see if there was any energy in “empty space.” If these areas of the universe are truly empty, then nothing should be there; no electromagnetic fields, no X-rays, no heat, no energy, nothing. In order to test this idea in the laboratory, it was necessary to create an area that was completely free of air (a vacuum) and shielded from all known electromagnetic radiation fields.

The shielding of this “empty” area from energy fields was accomplished by using what is known as a Faraday cage, which is lined with lead. This airless vacuum was then cooled down to absolute zero – the temperature where all matter should stop vibrating and thus produce no heat.

At this point, all conventional explanations, having to do with what physicists call the “conservation of energy,” would simply say that it should be a dead, lifeless “vacuum.” You’ve cooled it down to zero degrees Kelvin, sucked out all the air and shielded off all the energy fields. That’s it; now you’ve got a “dead” space.

These experiments proved that instead of an absence of energy in the vacuum, there was a tremendous amount of it!

Dr. Puthoff has often called this a “seething cauldron” of energy in very high magnitudes. This force was dubbed “zero point energy” or ZPE.

The term “zero point” was used for two reasons.

That complex-sounding term simply means that this energy applies force (vectors) equally in all directions, and thus to us it has no typically measurable movement or force; it just cancels itself out as a result.

However, Lt. Col. Tom Bearden points out that if you set two fleas into a head-to-head pushing battle and neither one of them can move forward or backward, you could measure the pressure in the area between their heads and have a vector zero resultant. However, if you measured the pressure between two elephants going head-to-head the same way, you would also have a vector zero resultant.

Therefore, Bearden suggests that different areas of space can have different pressures of energy, which are not normally noticeable or measurable to us. He refers to these invisible energy forces as “scalar waves,” and has built detectors that allow us to measure them, using coils that are shielded in Faraday cages.

So, if you’re still thinking that none of this matters very much in your own life, we’ll just give you an idea of exactly how high of an energy magnitude actually exists within the vacuum.

Physicists John Wheeler and Richard Feynman have calculated that:

The amount of energy in the volume of vacuum space contained within a single light bulb is concentrated enough to bring all the world’s oceans to the boiling point!

Imagine, just for a moment, what might be possible if you could harness this energy for your own miracle healing power. Or for psychic ability. Or to levitate your own body, or other heavy objects.