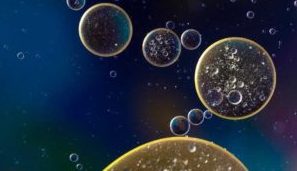 The latency of the density of hydrocarbons

As you know, the density of petroleum products depends on its temperature. So one liter of gasoline poured in the summer (sample # 1) can weigh 760 grams and poured in the winter (sample # 2) maybe 800. Accordingly, the car will pass on the sample №1 10 km, and on the sample №2 11 km. As well as in the warehouses of fuel and lubricants accounting is conducted in constant kilograms, which in theory should provide accounting for the amount of fuel at any temperature. In practice, this is what happens. There is only one thing.

Significant delay occurs when mixing different types of petroleum products with different or the same temperature. So mixing distillates, additives, gasoline in one container does not allow to find out the density of the mixture within the time limits of the regulatory documentation. That is, the weight of a single sample, even combined, with a constant mass and temperature, varies over a long period of time after sampling.

I’ll tell you about one of the hundreds, maybe thousands, observed cases of density latency. According to the claim of the consumer, tracked all the way of movement of fuel from the tank of the sender, to the tank of the recipient by five tankers. In the warehouse of the recipient financially responsible employees could write off the under-delivery of oil products within the error of up to 3 kg per ton.

Everything that exceeded these figures was considered a shortage, and was deducted from the salary of employees at the purchase price. The excess at the same time, just enter in the books, without encouragement. By checking approached seriously. A high-precision electronic submersible density meter was used.

Measurements of density by the hydrometers duplicate of the sender and recipient. Before filling the tank truck (a), the density is measured and the mass is known in the tank, which did not work for 2 days. The density is measured by”reduced” density is easier by 0.4%, the mass, of course, is calculated and became less!).

Then carefully follow the tankers to the consumer. Five ITR employees are distributed in each machine. From above looks GLONASS. Come. Defend. The consumer input control showed the same missing 4 kg. per ton, based on temperature. Drain the tank. And so 5 tankers, more than 100 tons of fuel. Seal the filled tank, turn the surveillance cameras on the LZ, valves and siphon, leave until the morning of the next day. In the morning, we measure the Commission, and get the “reduced” density of fuel, corresponding to the very first measurement in the sender’s tank. It came together. Why?

The Answer Is Latency. The density measured immediately after filling will be lighter than the product density at rest. I was confident in the results of the experiment, because faced with this problem for decades.

Only after the entry of hydrocarbons into the tank truck capacity and calm fluctuations and movement of fuels and lubricants, you can measure the real density. The process reduces the led density. The process can be vibration, layer-by-layer mixing, mixing of different batches of one fuel, convective movement of fuel inside the tank when the temperature of its walls or stratification changes.The latency of the density of hydrocarbons

Glossary, for General development.
density
“Density”: the amount of substance in a certain volume. The density of petroleum products is as follows: the mass divided by volume is equal to the density

“Combined sample”: a Sample consisting of a mixture of petroleum product samples taken from the tank from different points, levels (from different depths) in a certain proportion. Learn more about density. The latency of the density of hydrocarbons

Do not say “impossible”, admit — not studied. The latency of the density of hydrocarbons / petroleum products