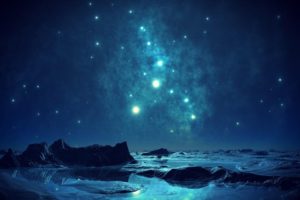 The study of the laws of propagation of light led physics to recognize the existence of the world Aether, or, in new terminology, the physical vacuum.

The concept of “Aether” originated in the times of the ancient Greeks: according to their mythology, this is the highest, purest and transparent layer of air, the seat of the gods. Ari Stotel (Plato’s disciple) in addition to the four verses of the pits – fire, water, air, earth – introduced the fifth (the essence of all things) – the Aether.

Thus, the concept of “the world Aether” entered into physics – a universal medium filling all space, including the gaps between atoms and molecules in bodies.

Lucretius (the ancient Roman philosopher, author of the essay On the Nature of Things, setting forth the ideas of Democritus and Epi Kura) believed that Aether is a matter consisting of especially light and mobile atoms.

A contemporary of Newton, Huygens, speaking of the nature of light, believed that light excitation should be considered as elastic impulses propagating in the Aether filling the whole space, and the enormous speed of light propagation is due to the elasticity and density of the Aether and does not imply fast movements of Aether particles. At the time of Huygens-Newton, the wave theory of light was only schematically outlined. Euler and Lomonosov defended and developed the concept of light as a wave-like oscillations of the Aether.

Lomonosov tried to clarify and deepen the notion of Aether, considering various possible types of Aether motion — “current, circulating, and unsteady.” In 1756 he wrote: “Since these phenomena (electricity) take place in a space devoid of air, and light and fire occur in a vacuum and depend on the Aether, it seems plausible that this electrical matter is identical with Aether.” And further: “To find out, it is necessary to study the nature of the Aether; if it is quite suitable for the explanation of electrical phenomena, there will be a rather high probability that they come from the movement of the Aether. Finally, if there is no other matter, then the surest cause of electricity will be a moving Aether. ”

Subsequently, the fact that the light waves are transverse, that is, the directions of oscillations in them are perpendicular to the direction of propagation, which is possible only in a solid, made it necessary to attribute the properties of an elastic solid to an Aether.

In the representation of Lorentz (the end of the 19th century), the Aether is an infinite stationary medium, the only characteristic of which is a certain speed of propagation of electromagnetic disturbances in it, and in particular light.

This idea of ​​the Aether as a motionless medium, which could have been chosen as a reference system, thus made it possible to distinguish absolute motion.

Academician A.A. Logogunov’s views on Poincaré are as follows: “It is interesting to note that, although the postulate of relativity put forward by Poincaré implies the complete impossibility of determining the motion of matter relative to the Aether, the notion of Aether itself is not rejected. ” In modern theoretical physics, the concept of Aether has given way to the concept of a physical vacuum — the ground state in which quantum fluctuations are inevitably present — zero oscillations of quantum fields ”.

The great Russian scientist DI Mendeleev, who wrote: “… All modern knowledge and the basic concepts of natural knowledge – and therefore the world Aether – inevitably need to be discussed under the cumulative interaction of information of mechanics, physics and chemistry (!). And although the concept of Aether was “born” in physics, one cannot help but ask the question: what is this substance in the chemical sense?

For many scientists, Aether contains this primary matter in an unfolded form, i.e. not in the form of elementary chemical atoms and particles, molecules and substances formed by them, but in the form of a compound beginning, from which the chemical atoms themselves are formed (“Fundamentals of Chemistry”) [2B].

Therefore, further I will begin to talk only about my attempt to understand the chemistry of Aether, proceeding from two main points, namely:

1. AEther is the lightest — in this respect, the ultimate — a gas that has a high degree of permeability, which in a physico-chemical sense means that its particles are of relatively low weight and have a higher, than for any other gases, velocity of their translational movement.

2. Ether is a simple body, deprived of the opportunity to liquefy and enter into a partial chemical compound and react with some other simple or complex substance, although able to penetrate them, just as helium, argon and their analogs are able to dissolve in water and other fluids. ”

The electromagnetic field, and in particular light, is in itself a special form of matter, which has not only many similar features, but also characteristic differences with matter in the usual sense of the word (electrons, positrons, neutrons, atoms, etc.) and not needs for its interpretation in the presentation of the Aether.

The material nature of light is clearly manifested in the phenomena of light pressure established by an experimental method of PN. Lebedev. The fact that light (the electromagnetic field) and matter are two different forms of matter is manifested with particular clarity in the transformations of a light quantum into a electron – positron pair and, conversely, in the formation of a light quantum due to the combination of a positron and an electron.

But a number of optical phenomena, in particular, the photoelectric effect and the questions of light scattering, highlighted the corpuscular features of light, hence, the recognition of the existence of a world Aether, or physical vacuum.

As noted by academician G.S. Landsberg [27], “It should be noted that the modern quantum theory of light (the theory of photons) is characterized by features that resemble the Newtonian idea of ​​light to an even greater degree than it might seem at first glance. The corpuscular properties of light have received experimental substantiation, much more serious and diverse than it was in the time of Newton … “

Doctor of Technical Sciences V.A. Atsyukovsky defines the world Aether as a gas-like medium that fills the entire world space and is a building material for all kinds of “elementary particles” of matter [29].

Vernadsky noted that our entire Universe basically consists of the cosmic vacuum: “… The cosmic vacuum spatially dominates as such, and the gaseous matter, which is the star and the sun, is geometrically lost in cosmic emptiness”.

Vernadsky recalled Mendeleev’s statement: “From my youth I remember how much an impression I was made in the late 1970s by D.I. Meneleev (1834 – 1907) to the Russian translation of the book Mona about the weather. He pointed out that the solution of the weather is in the modern ionosphere, in a vacuum, subject to the rotation of our planet. It was a great vision of the future. Now we are facing a solution to the “empty” world space – a vacuum. This is the laboratory of the grandest material and energy processes ”.

Note also that the idea expressed by Mendeleev refers to the seventies of the XIX century! Vernadsky’s words are extremely modern: “It is more correct to think about these spaces with scattered atoms and molecules not as the material emptiness of a“ vacuum ”, but as a concentration of peculiar energy, in a scattered form containing enormous reserves of matter and energy …” Indirect confirmation the existence or absence of Aether are experiments on the study of the Aether wind.

When they talk about the “Aether wind”, they mean the following: Earth moving about 30 km / s in orbit moves relative to the system of distant stars (therefore, relative to the Aether), the fixed Aether must be fully or partially involved in the rotation Of the earth. Then the speed of light emitted in the direction of the Earth’s motion should decrease, and in the opposite direction it should increase. This phenomenon was called the “Aether wind”. In [24] it is noted: “Numerous but unsuccessful attempts were made to detect the Aether, more precisely the“ ether wind ”. The decisive experience of Al Bert Michelson and Edward Morley was carried out in 1887 and gave a negative result. ” This makes a very interesting “statement”: “Mai Kelson retrospectively confirmed the special theory of Albert Einstein, which had not yet emerged by that time”.

This short phrase contains two false statements at once: 1) the word “retrospective” means “addressed to the past, devoted to examining the past”, that is, it is impossible to “retrospectively” confirm what has not yet appeared; 2) the special theory of relativity is not Einstein’s theory.

At the same time, no one is embarrassed by the fact that we do not see all the “sky in diamonds”, that light from distant stars does not reach Earth, although under the assumption of the absence of Aether (physical vacuum), the light propagation distance should be infinite.

Returning to the Michelson experiment, it should be noted that they had recorded a difference in the measured value of the speed of light in one and the other on the directions at the level of 3-4 km / s. Michelson attributed this to measurement errors and concluded that the initial hypothesis of stationary Aether was incorrect.

A full review of experimental studies of the problem is given in the work of V.A. Atsyukovsky’s “Aether Wind” [32], in which it is noted that in the valid experiments of a number of scientists, first of all D. Miller, “the Aetheric wind was detected, its speed and direction were determined with good accuracy for its time. It turned out that the direction of this wind does not at all coincide with the direction of the Earth’s motion, as it was supposed at first, but almost perpendicular to it … And although Miller … experiments have already been carried out, taking into account all the complexity of the situation, it is necessary now, using existing measuring tools and modern capabilities, return to this issue and conduct appropriate experiments again ”

One of such experiments was performed by Yu.M. Gaaliev [33], who notes: “The value of the Aether velocity, measured in the present work in the radio wave range, is close to the values ​​of the velocity of the ether wind measured in the optical range of electromagnetic waves in the experiments of Miller, Michelson, Pease, Pearson …

Thus, the results of the experiment performed are in agreement with the provisions of the initial hypothesis about the existence of the Aether medium in nature ”.