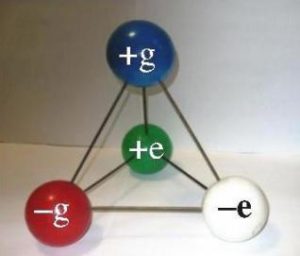 Theory of Superunification. Vladimir Leonov is a Russian theoretical physicist, experimentator and inventor. In 1996 he discovered the quantum of space-time (quanton) and superstrong electromagnetic interaction (fifth force). He is the author of the theory of Superunification, holds a number of important patents in the region of new energy and space technologies and is the founder of quantum power engineering. He published more than 200 scientific articles and 6 monographs: `1. Leonov V. S. Quantum Energetics. Volume 1. Theory of Superunification. Cambridge International Science Publishing, 2010, 745 pages. At present, V. Leonov heads his own laboratory working on the development of a new direction in power engineering-quantum energetics. An experimental model of a quantum engine which underwent successful tests was developed for the first time. New results were also obtained in the area of cold synthesis in studies of quantum heat generators, etc. Dr. V. Leonov was awarded a Russian government prize in the area of science and technology and in 2007 was included in 100 leaders of science and technology of CIS countries.
Theory of Superunification.