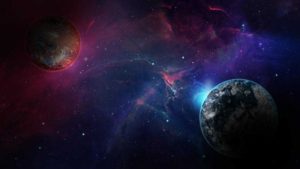 What is the falsity of the concept of “physical vacuum”?
The physical vacuum is a concept of relativistic quantum physics, by which they understand the lower (ground) energy state of a quantized field, which has zero momentum, angular momentum, and other quantum numbers. Physical vacuum relativistic theorists call a completely devoid of substance space, filled with unmeasurable, and therefore, only an imaginary field. Such a state, according to relativists, is not an absolute void, but a space filled with some phantom (virtual) particles. Relativistic quantum field theory asserts that, in accordance with the Heisenberg uncertainty principle, virtual, that is, seeming (to whom seeming?) Particles constantly appear and disappear in the physical vacuum: the so-called zero field oscillations occur. Virtual particles of a physical vacuum, and consequently, he himself, by definition, does not have a reference system, since otherwise Einstein’s relativity principle, on which the theory of relativity is based, would be violated (that is, an absolute measurement system with particles from physical vacuum would become possible, which, in turn, would unequivocally refute the principle of relativity on which SRT is built). Thus, the physical vacuum and its particles are not elements of the physical world, but only elements of the theory of relativity that do not exist in the real world, but only in relativistic formulas, violating the principle of causality (cause and disappear without cause), the principle of objectivity (virtual particles can be considered depending on the desire of the theorist either existing or not existing), the principle of actual measurability (not observable, do not have their own ISO).
When a physicist uses the concept of “physical vacuum”, he either does not understand the absurdity of this term, or is cunning, being a hidden or explicit supporter of relativistic ideology.

To understand the absurdity of this concept is easiest to turn to the origins of its occurrence. It was born by Paul Dirac in the 1930s, when it became clear that the denial of Aether in its pure form, as the great mathematician did, but the mediocre physicist Henri Poincaré is no longer possible. Too many facts contradict this.

To protect relativism, Paul Dirac introduced the aphysical and illogical concept of negative energy, and then the existence of a “sea” of two energies compensating each other in a vacuum — positive and negative, as well as a sea of ​​compensating particles — virtual (that is, apparent) electrons and positrons in a vacuum.

However, such a statement is internally contradictory (virtual particles are unobservable and can be arbitrarily considered missing in one case and present in the other) contradicting relativism (that is, denial of Aether, since in the presence of such particles in a vacuum, relativism is simply impossible).

When some researchers who are trying to reconcile relativism and Aether physics, say, for example, that space consists of 70% “physical vacuum”, and 30% – of matter and field, they fall into a fundamental logical contradiction. This contradiction is as follows.

The concept of “physical vacuum” in relativistic quantum field theory implies that, firstly, it does not have a physical nature, there are only virtual particles in it that do not have a physical reference system, these are “phantoms”, and secondly, “physical vacuum” is the lowest state of the field, “zero-point”, which contradicts the real facts, since, in fact, all the energy of matter is contained in the Aether and there is no other energy or other carrier of the fields and matter other than Aether itself.

Unlike the crafty concept of “physical vacuum”, as if compatible with relativism, the concept of “Aether” implies the presence of a basic level of all physical matter, having as its own reference system (detected experimentally, for example, through background cosmic radiation, the thermal radiation of Aether itself) , and being the carrier of 100% of the energy of the universe, and not a “zero-point” or “residual”, “zero oscillations of space”.

What is the focus of the Michelson experiment?
The experiment of A. Michelson, Michelson – Morley – is indeed a circus trick that hypnotized physicists for 120 years.
The fact is that in his statement and conclusions a substitution was made, similar to the substitution in the school comic puzzle for ingenuity, in which it is asked:

In the experiment of Michelson, the question of the motion of Aether relative to an interferometer resting in the laboratory system is posed. However, if we are looking for Aether, as the basic matter that makes up all the matter of the interferometer, the laboratory, and the Earth as a whole, then, of course, Aether will also be stationary, since the terrestrial substance is only definitely structured Aether, and not can move relative to himself.

Surprisingly, this circus stunt captured the minds of physicists for 120 years in full seriousness, although its prototypes are in fairy tales of all nations of all time, including Baron Munchausen, who pulled himself by the hair out of the swamp, and designed to show children possible scams and protect them in adulthood.

Why are black holes fiction?
According to relativistic mythology

black hole, black holes – a region in space-time, the gravitational attraction of which is so large that even objects moving at the speed of light (including the quanta of the light itself) cannot leave it. The boundary of this area is called the event horizon, and its characteristic size is the gravitational radius. In the simplest case of a spherically symmetric black hole, it is equal to the Schwarzschild radius.
The black hole myth is a product of the myth of a photon – a cannonball. This myth was born in ancient times. Mathematical development he received in the writings of Isaac Newton in the form of a corpuscular theory of light. Corpus light was attributed to the mass. From this it followed that at high accelerations of gravity it is possible to reverse the trajectory of a ray of light reversed in a parabola, as it happens with a cannonball in the gravitational field of the Earth.

From here, fairy tales were born about the “Schwarzschild radius”, “Hawking black holes”, etc. However, these tales are somewhat older. In 1795, mathematician Pierre Simon Laplace wrote:

“If the diameter of a glowing star with the same density as the Earth would be 250 times greater than the diameter of the Sun, then due to the attraction of the star, not one of the rays emitted by it could reach us; therefore, it is possible that for this reason the largest of the luminous bodies are invisible. ”[quote from Braginsky VB, Polnaryov A.G. Amazing gravity. – M., Science, 1985]

However, as it turned out in the 20th century, the photon has no mass and cannot interact with the gravitational field as a significant substance.

The tale of the angular deviation of a ray of light near the Sun, revived by Einstein at the beginning of the 20th century and picked up by the apologist of relativism Eddington, is still considered a science.

In reality, no gravitational field is able to irreversibly change the vector of optical radiation, much less reverse it. This would violate the law of conservation of momentum. There are only transverse drift phenomena known as the stellar aberration of James Bradley and the phenomenon of George Nikitin, in which the vector of the optical radiation pulse is unchanged, there is only Galilean velocity addition and the apparent change in angle caused by this.

The absence of real irreversible rotation of optical radiation is very simple to check. This can be seen in a good telescope. When covering a distant star’s optical radiation with a near star, two images of a distant star should appear: one – delayed from the approach of the distant star, and the other – advanced, from the sunrise, and in the absence of coverage, but near the passage of the beam – a visible distortion of the trajectory of the far star. This is not observed in any of the cases of covering eclipsing binary stars (today there are more than 500 pairs).

When relativists consider strong gravitational fields, they forget that the limiting gravitational potential is the square of the velocity of electromagnetic waves, and it can never be overcome, even in a consistent relativistic theory.

In reality, during the flight in relatively weak gravitational fields, which the Earth and the Sun create, electromagnetic waves of the optical range experience only a weak gravitational frequency change corresponding to the difference in the gravitational potentials of the emission and reception points. Here we can write

The truth of expressions (1) has been repeatedly verified, including a series of experiments similar to the Pound-Rebka experiment and the measurement of the displacement of the Fraunhofer lines on the limb of the Sun.
If we take a reasonable position, which consists in the fact that everything material consists of matter (Aether), that is, is only a part of it, and matter itself corresponds everywhere to the gravitational potential c2 constant and maximum with respect to its parts – various formations, the potentials in (1) must inevitably be less than 1.

Indeed, we write the definition of Z

Hence the impossibility of “black holes” and the senselessness of the “Schwarzschild radius”. A photon of even the strongest gravitational fields must come out, losing only a fraction of the energy to overcome the gravitational potential. That is, for an observer located far from a massive celestial body, a photon emitted from the surface of this body will have a redshift that uniquely depends on the M / R ratio (see Fig. 2.)